Get fresh music recommendations delivered to your inbox every Friday.
We've updated our Terms of Use. You can review the changes here.

More Analogue than EVER! (live in Belfarce)

by The Feline Dream 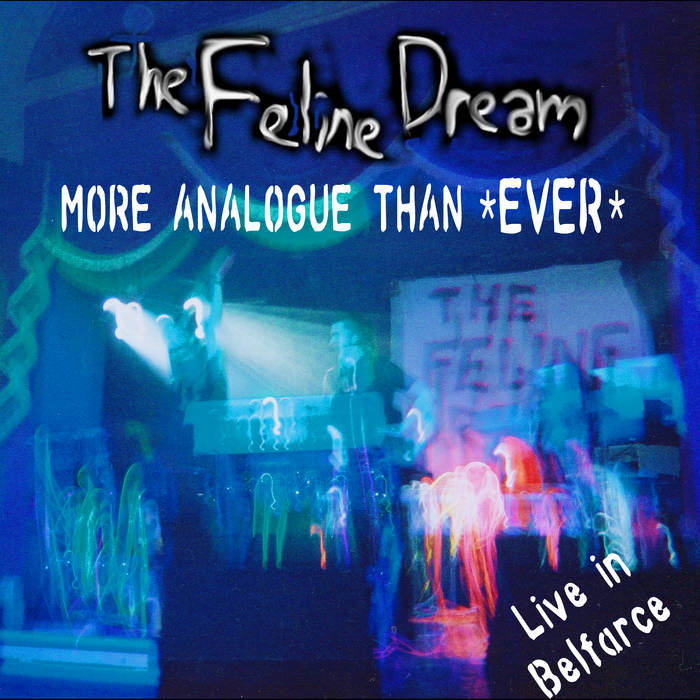 After finally overcoming their geographical differences in the year 2000, Feline escaped from the Internets to perform five Belfast gigs in five days ('Feline Week'), then returned by popular demand for a special Christmas show at the Empire Music Hall - this album records the result.

‘More Analogue than EVER!’ was originally released in abridged form by Peoplesound.com, April 2001, catalogue number BRT0969-CD01-00.
Re-released unabridged by Corruptive Records in 2004.
This edition with a bonus track remastered at Feline HQ by Feline1, 2011.

The Feline Dream were a collaboration between David 'Deakie' Davis and Nicholas 'Mermaid' Carlisle, a pair of gingers from County Down.

The band met a wretched demise in December 2003, however due to the invention of the phonograph by Édouard-Léon Scott de Martinville on 25th March 1857, their music can still be enjoyed today. ... more

Bandcamp Daily  your guide to the world of Bandcamp